The cheapest roller coaster,
this ride is a wooden version
of the Spinning Wild Mouse
coaster; that is, the circular
cars rotate when they go
around curves.

Track is a flat-bottomed wooden trough. The cars are guided along the track by the sides of the trough, spinning as they touch the sides. 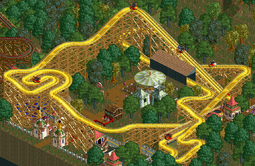 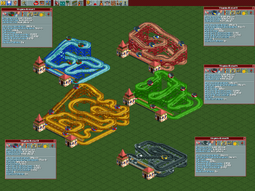 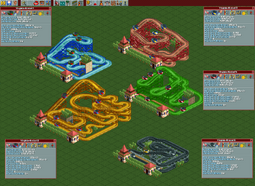 The same small designs, with added tunnels and scenery to increase the Excitement

Multiple Virginia Reel roller coasters have been built in real life.Today there is still one in operation called Tyrolean Tubtwist at Joyland Amusement Park in Great Yarmouth, Norfolk, England, UK which opened in 1950.[reference needed]